Some time ago I proposed a new model epistemic argument for the existence of God. A comprehensive presentation of this argument, and a detailed assessment of a large number of objections against it, is now available on my website, here.
Gepost door Emanuel Rutten op 11:04 7 opmerkingen:

The resurrection of natural theology

" Having arrived at this point, the reader will be inclined to conclude that natural theology is as dead as a doornail, because its downfall is final in view of the epistemological critiques of Hume and Kant, and the linguistic criticisms of logical positivists and Wittgensteinean philosophers of religion. Such a conclusion would be in agreement with what many lay persons tend to think about religious affiliations anyway, to wit, that they are a matter of habit or feeling or blind decision or grace rather than of rational deliberation, not only in fact but also de jure. Yet the philosophy of religion, both apologetic and critical, is today a flowering field of academic research within analytic philosophy, so much so that we may speak of a surprising resurrection of natural theology.

This resurrection began when in the 1960s and 1970s analytically trained philosophers such as William Alston, Alvin Plantinga, Richard Swinburne, and Nicholas Wolterstorff started to apply the tools of analytic philosophy to natural theology, thereby radically transforming the field. The spirit of this renewal of natural theology was well expressed by Swinburne, when he wrote in 1977:

"It is one of the intellectual tragedies of our age that when philosophy in Englishspeaking countries has developed high standards of argument and clear thinking, the style of theological writing has been largely influenced by the continental philosophy of Existentialism, which, despite its considerable other merits, has been distinguished by a very loose and sloppy style of argument. If argument has a place in theology, large-scale theology needs clear and rigorous argument. That point was very well grasped by Thomas Aquinas and Duns Scotus, by Berkeley, Butler, and Paley. It is time for theology to return to their standards" (The Coherence of Theism, Revised Edition, Oxford University Press, 1993)

Three years later, the general public was informed about the resurrection of natural theology within analytic philosophy when Time ran a story on 7 April 1980 called 'Modernizing the Case for God', which contains the following passage:

"In a quiet revolution in thought and argument that hardly anybody could have foreseen only two decades ago, God is making a comeback. Most intriguingly, this is happening not among theologians or ordinary believers, but in the crisp intellectual circles of academic philosophers, where the consensus had long banished the Almighty from fruitful discourse" "

Fine tuning and the theistic multiverse

In recent years, several philosophers of religion have offered reasons for thinking that if theism is true, the actual world probably comprises many universes. These philosophers argue that theism, plausibly, entails the existence of a multiverse, often referred to as the theistic multiverse.

Against (1) and (2) the familiar objections can be raised, and against (3) one could raise all known objections against there being a naturalistic multiverse, such as Penrose's objection mentioned in his book The Road to Reality from 2004. After all, in the case of (3) we are talking about a naturalistic multiverse, which is precisely the kind of multiverse these known objections are aimed at. This leaves us with (4), which is precisely the conclusion of the original fine tuning argument. Given (4), the supernatural designer might have created either a single universe or a multiverse (being in that case of course a theistic, not a naturalistic, multiverse). The answer to the question which of both scenario's the designer has brought about can be left open, or, one could try to argue for one of both scenarios. But this does not change the main conclusion as established by the fine tuning argument, namely the existence of a supernatural designer, who brought about either a single universe or an entire multiverse. 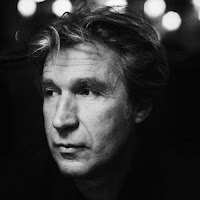 Aesthetical argument for the existence of God 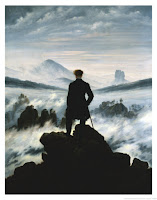 In the third and final part of my philosophical project I intend to develop a new aesthetical argument for the existence of God. Here God is understood as the ultimate personal ground of reality. The argument's structure is presented below. It is not difficult to verify that the conclusion that God exists indeed follows logically from the premises. I shall start working on a detailed justification of each of these premises shortly after I have received my PhD in June this year.

1. The sublime experience is a well-established type of experience (premise)

2. There is a phenomenologically maximally adequate account of each well-established type of experience (premise)

3. There is a phenomenologically maximally adequate account of the sublime experience (from 1, 2)

4. If there is a phenomenologically maximally adequate account of the sublime experience, then that account is the experience of God (premise)

5. The phenomenologically maximally adequate account of the sublime experience is the experience of God (from 3, 4)

7. In the absence of defeaters, the phenomenologically maximally adequate account of the sublime experience is veridical (from 1, 6)

8. There are no defeaters in the case of the sublime experience (premise)

9. The phenomenologically maximally adequate account of the sublime experience is veridical (from 7, 8)