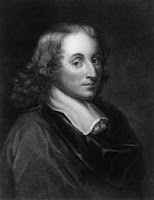 David Hume accepts the principle that conceivability entails possibility. For example, in the second section of the second part of the first book of A Treatise of Human Nature Hume states: “It is an established maxim in metaphysics, that whatever the mind clearly conceives, includes the idea of possible existence, or in other words, that nothing we imagine is absolutely impossible. We can form the idea of a golden mountain, and from thence conclude that such a mountain may actually exist”. Hume also adopts a second principle involving the notion of conceivability. For, in the ninth part of his Dialogues Concerning Natural Religion he writes: “Whatever we conceive as existent, we can also conceive as non-existent” and “It [is] possible for us, at any time, to conceive the non-existence of what we formerly conceived to exist”.

Therefore, if God exists, Hume’s principles actually entail the tenet of negative theology, namely that God exists inconceivably, so that no human being will ever be able to grasp God’s nature. Now, this is a quite different conclusion from the conclusion Hume himself draws, namely that necessarily existing beings are impossible, so that God, understood as such a being, cannot exist. Indeed, Hume's conclusion only follows from both principles if we presume the first interpretation of his second principle, to wit, everything that exists can be conceived of as not existing. But, as explained above, this interpretation of Hume's second principle renders that principle untenable.
Gepost door Emanuel Rutten op 01:36 Geen opmerkingen:
Labels: conceivability, David Hume, god, necessary being, negative theology, possibility, principle