Philosophers advocating a flat ontology are motivated by two different goals. First, they aim to accept as an object almost any candidate put forward. This results in a proliferation of many different kinds of objects, such as tables, chairs, atoms, strings, persons, cities, countries, representations, thoughts, feelings, qualities, events, facts, relations, and so on. Second, they desire to prevent any hierarchy between objects. No object should be more or less an object than any other object. In other words, there are no objects that are more fundamental or more privileged than others.

Both goals correspond to two different dimensions of any proposed flat ontology, namely its breath (scope) and its depth (hierarchy). The flattest ontology should have a maximal scope and zero depth. But then one given flat ontology can actually be more or less flat than another suggested one. Your flat ontology could be flatter than mine, just in case yours allows for more different types of objects or includes less hierarchical levels between objects.

Take quantificationalists such as Frege, Russell and Quine. According to them there are no things that do not exist. Saying this refers to the second dimension of flatness. For they do not want to introduce different levels of objects, that is to say, a hierarchy between objects that actually exist and objects that merely are but do not exist. However, with respect to the first dimension of flatness their ontology is in fact not flat at all. The reason for this is that they exclude many candidates for being an object. For example, they surely do not allow possibilia and impossibilia to be objects.

Contrary to quantificationalists, neo-Meinongians advocate a flat ontology in the first sense. For they want to count possibilia and even impossibilia as genuine objects, leading to a wide range of different kinds of objects. Yet, with respect to the second dimension they are in fact not advocating a flat ontology at all. The reason for this is that they accept a hierarchy between objects, namely between those that actually exist and those that just be but don't exist.

So neither quantificationalists such as Frege, Russell and Quine, nor neo-Meinongians are true advocates of a flat ontology. An example of a true flat ontologist would be Tristan Garcia. In the first part of his fascinating book Form and Object. A treatise on things he accepts almost* every candidate for being a thing, while at the same time preventing any hierarchy between things. Anything is a thing, no matter what. Everything is equally something. No more, no less.

(*) "The world is precisely that which is not some-thing. It hardly has any other determination" (T. Garcia, Form and Object, p. 86)
Gepost door Emanuel Rutten op 23:21 Geen opmerkingen:
Labels: flat ontology, Tristan Garcia

An argument for a world-for-us epistemology

That the world appears exhaustively mathematizable, can be cashed out as argument for the claim that we only have access to the-world-for-us. Let me explain. Mathematics can be applied succesfully to the world. But why is this in fact the case? Why is the world so perfectly mathematizable? This asks for some kind of explanation. But how to explain this? On metaphysical realism, there does not seem to be a straightforward explanation (although some philosophers, such as Craig, have opted for a theistic solution). However, on a world-for-us epistemology the almost perfect applicability of mathematics to reality is no surprise. For if mathematics is just extended rigorous thought (which seems plausible to me), then it is no wonder at all that the world as it is thought by us (i.e., the-world-for-us) is inherently mathematical. In fact, on an epistemology according to which we can only access the-world-for-us the successful applicability of mathematics is simply something one would expect. Therefore it seems to me that the fact that the world appears exhaustively mathematizable increases the likelihood of a world-for-us epistemology. Clearly, it is what Meillassoux has dubbed 'correlationism' in his much discussed book After Finitude.
Gepost door Emanuel Rutten op 21:32 Geen opmerkingen:
Labels: correlationism, mathematics, Meillassoux, world-for-us

Master Specialisation Course Theoretical Philosophy (6 ECT): The Contemporary Speculative Turn to Realism
Post-Kantian critical philosophy focused almost exclusively on discourse and consciousness as what constitutes our access to reality. Since reality appears only as the correlate of language or thought, the world as it is in itself is unknowable. Yet, in recent years various philosophers within the existential and phenomenological tradition turned again towards reality 'in itself'. This new school of thought is known as Speculative Realism.

Speculative realists reject the post-Kantian idea that we only have access to the correlation or interplay between thinking and being, and never to one of them considered apart from the other. The adjective ‘speculative’ might suggest a return to pre-Kantian metaphysics. But this is not the case. Speculative realists purport to think the 'in itself' again, but without going back to pre-critical thought.

One also want to overcome the Kantian presumption that our human access to reality is somehow privileged. In this sense the target of philosophical reflection is shifted away from the human-world correlate as well. In the master course we will study texts of leading speculative realists such as Quentin Meillassoux ('speculative materialism'), Graham Harman and Levy Bryant ('object oriented ontology') and Tristan Garcia (‘flat ontology').

Literature
- Quentin Meillassoux, 'After Finitude: An Essay on the Necessity of Contingency',
- Graham Harman, 'The Current State of Speculative Realism' in Speculations, 'Meillassoux’s Virtual Future' in Continent and 'The Road to Objects' in Continent,
- Levi Bryant, Nick Srnicek, and Graham Harman (eds.), 'The Speculative Turn: Continental Materialism and Realism',
- Tristan Garcia, 'Form and Object: A Treatise on Things'. 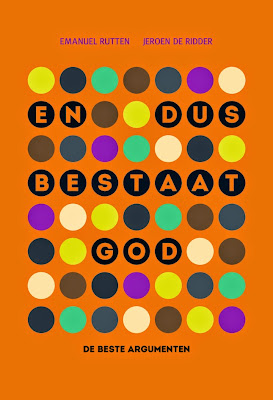 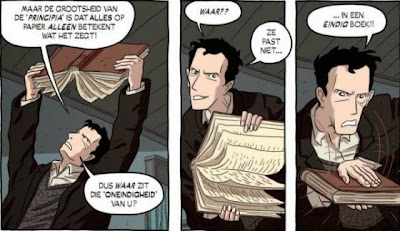